Myanmar | Military Junta Orders The Release Of Thousands Of Prisoners 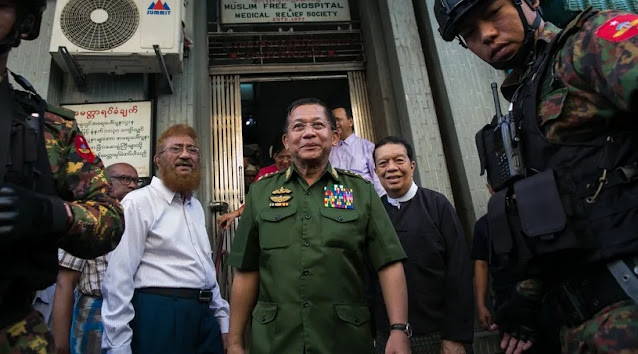 The rulers in Myanmar are responding to growing international pressure. They release more than 5,600 government opponents - including an employee of Aung San Suu Kyi.

The military government in Myanmar has ordered the release of more than 5,600 political prisoners in the face of mounting international pressure. Among them was the party spokesman for the previous de facto head of government, Aung San Suu Kyi . "They came to me today and said they would take me home, that's all," he said after spending more than eight months in the notorious Insein Prison.

Other political prisoners, including parliamentarians and journalists, have been released in other cities such as Mandalay, Lashio, Meiktila and Myeik. Photos and videos on social media showed inmates hugging crying family members. "Two of my friends were released last night," said Lin Lin, a Myanmar citizen . "I've been waiting outside Insein Prison since the evening and I'm so glad to see them both."

The amnesty has been described by some activists as a military move to restore international prestige. General Min Aung Hlaing, who has led the Southeast Asian country since the February 1 coup, had previously been excluded from the next summit of the Association of Southeast Asian Nations (Asean). The spokesman for the Myanmar Prison Authority and a spokesman for the junta were not immediately available for comment.

According to the AAPP prisoners' aid organization, more than 9,000 people have been jailed for resisting the junta since the February 1 coup. At least 1,181 people were killed. Most recently, the military government ordered a mass amnesty for 2,300 prisoners at the end of June.