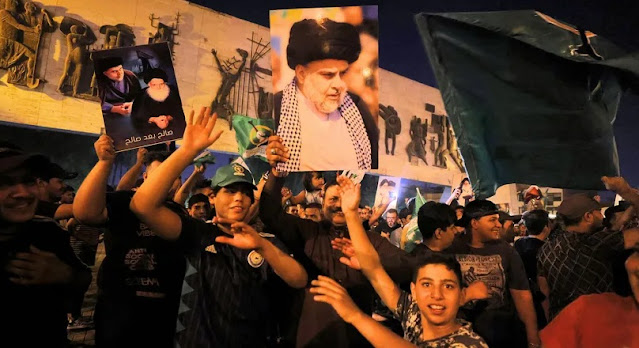 According to official information, the movement of the preacher Muktada al-Sadr is expanding its lead in the Iraqi parliament. The big loser is pro-Iranian Fatah.

The movement of the Shiite cleric Muktada al-Sadr won the parliamentary elections in Iraq by a clear margin, according to official figures. According to preliminary results from the election commission, al-Sadr's party won more than 60 of the 329 seats in the House of Representatives in the vote on Sunday. Al-Sadr claimed victory on Monday evening. In Baghdad, followers of the preacher celebrated in the streets.

In a televised address, the cleric warned other states not to interfere in the formation of governments. At the same time he declared war on corruption. All corrupt would be held accountable. 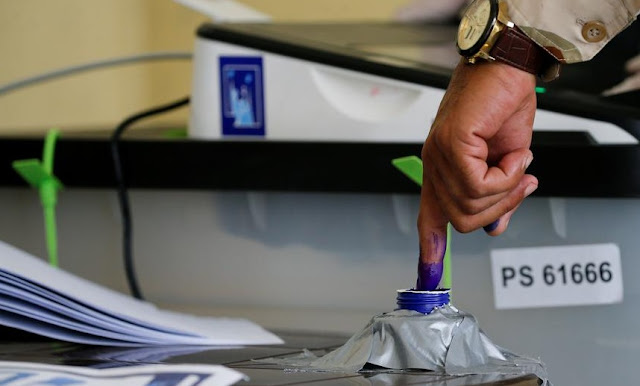 The preacher al-Sadr had been a kingmaker in Iraqi politics several times in the past. His current emerged as the strongest force in the 2018 parliamentary elections.

The Fatah coalition, which was second at the time, lost significant votes in the current election according to the preliminary results. It is linked to pro-Iranian militias and is supported by Iran . Fatah could lose more than half of its seats. The rule of law alliance of the former head of government Nuri al-Maliki won additional mandates after the first count.

Read more: Pandora Papers: How Were The Revelations In These Documents Reported Around The World?

Iraqi Prime Minister Mustafa al-Kasimi had brought the elections forward after mass protests against the country's political leadership. The demonstrations that broke out in October 2019 were directed against rampant corruption, the weak economic situation and poor infrastructure, among other things. In addition, cells of the IS terrorist militia are still active in the country. In 2014, the extremists overran large areas in the north and west of the country.

Al-Sadr's movement campaigned for reforms. However, it is part of the political elite that many Iraqis blame for the grievances in the country. The distrust in politics was also evident in the voter turnout, which fell to a record low of around 41 percent during the vote. Observers saw this as a clear sign of the frustration of many Iraqis with the political situation. In the 2018 election, only 44.5 percent of those eligible to vote had cast their vote.

Supporters of the protest movement had called for a boycott of the election. They do not expect any change in the balance of power within the existing political system. The current system was established after the overthrow of long-term ruler Saddam Hussein in 2003.

Al-Sadr, who himself did not run, had claimed the office of head of government for a member of his movement prior to the election. It is unclear whether he can enforce this. For a majority in parliament he needs allies. The USA and Iran also have an influence on the formation of a government. Prime Minister al-Kasimi, as a compromise candidate, is given the chance of a further term in office. He is held in high esteem in the West, but did not take part in the election himself and therefore has no power.

The 47-year-old al-Sadr is considered a controversial figure. After Saddam's fall, his Mahdi army fought the US troops. Today he is more moderate and appears as a mixture of nationalist and populist. His followers live mainly in the poorer areas of Baghdad and other cities. The election victory is also due to al-Sadr's ability to mobilize them.

The vote was generally calm. According to the military leadership, more than 250,000 security forces were deployed to prevent incidents. A total of around 25 million people were called to vote.

The country is also under pressure economically. The Iraq depends heavily on the oil and has suffered from low oil prices during the Corona pandemic. Young Iraqis in particular complain of unemployment and a lack of opportunities for a better life.