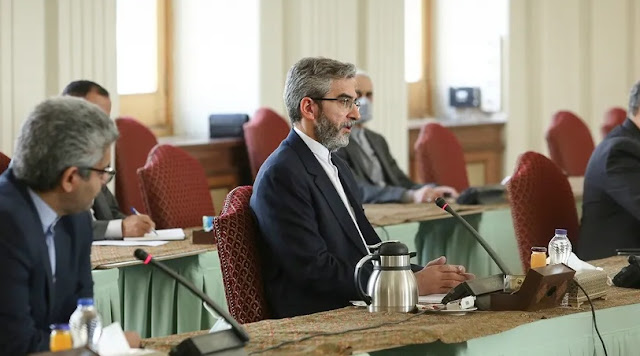 In 2015, the international community reached an agreement with Iran, then Donald Trump terminated it. Now Tehran wants to negotiate a resumption of the deal.

The Iran wants negotiations to resume its nuclear program next month. Iran's Deputy Foreign Minister Ali Bagheri announced this on Twitter. The negotiations with the EU's Deputy Foreign Representative, Enrique Mora, were very constructive. Bagheri wrote that it was agreed to resume nuclear negotiations by the end of November. He is the future head of the Iranian nuclear delegation in Vienna. He plans to announce the exact date next week.

The government from Tehran wanted to hold consultations on the "remaining differences" before the official resumption of the nuclear negotiations in order to enable "result-oriented negotiations". Therefore, Bagheri met Mora in Brussels. Both diplomats last met for talks in Tehran in mid-October.

Negotiations to restore the 2015 Vienna Agreement originally began in April, but were then interrupted by the Iranian presidential election in June and the change of government in Tehran. China, Germany, France, Great Britain and Russia are trying to get the US to agree to the agreement again. Iran should also enter into technical obligations.

The 2015 Vienna deal was intended to prevent Iranian nuclear weapons from being built. In return, the international community undertook to lift the sanctions against Iran. The then US President Donald Trump terminated the agreement in 2018 and again imposed economic sanctions on Iran. You are partly responsible for the worst economic crisis in the country to date.

In response to US sanctions, Iran began exceeding the technical restrictions placed on it in the agreement in 2019. Among other things, the country increased the uranium enrichment in its facilities from the permitted 3.67 to 60 percent weapons-grade uranium.