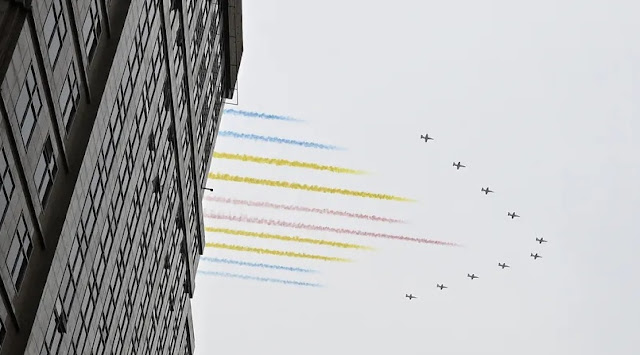 On Saturday night, 38 Chinese fighter planes apparently entered Taiwanese airspace illegally. This was announced by the Ministry of Defense. In response, according to the announcement, among other things, the missile defense was activated. It is the largest such airspace breach by the Chinese Air Force to date.

Prime Minister Su Tseng Chang then spoke of "warlike behavior" by China, which is damaging to peace in the region. China held a large demonstration of force by its air force on Friday for the Chinese national holiday.

Under the Chinese President Xi Jinping, Chinese fighter planes regularly invade the Taiwanese Defense Airspace (Adiz). This zone includes not only the actual airspace, but also parts of the Chinese air surveillance areas and even parts of mainland China. Massive military flights by China in Adiz, Taiwan, have so far been rare.

As recently as last week, 24 Chinese military aircraft entered Taiwan's defensive airspace after Taiwan sought to join a major trade deal in the Pacific  . Among the fighter jets that were now entering the Adiz Zone were H-6 nuclear-capable bombers.

On Monday, China was outraged by a British warship crossing the strait that separates Taiwan from the mainland. Beijing claims the strait as its own waterway, as does most of the South China Sea, which is equally important to the other countries in the region.

US military officials are now openly speaking of the possibility that China could carry out its threats against Taiwan. Protecting the island is one of the few issues on which there is cross-party consensus in Washington. A growing number of Western countries have also joined the US military "freedom of navigation" exercises to meet China's claims on the South China Sea and the Taiwan Strait.

Taiwan is claimed by China as part of the People's Republic. Taipei broke away from China in 1949 at the end of a civil war. However, the government in Beijing still regards the democratically ruled island as a breakaway province to be reunited with the mainland and is trying to isolate it internationally. The People's Republic rejects any form of formal relations between other countries and the island republic. Only 15 countries worldwide recognize Taiwan and have to forego diplomatic relations with China. 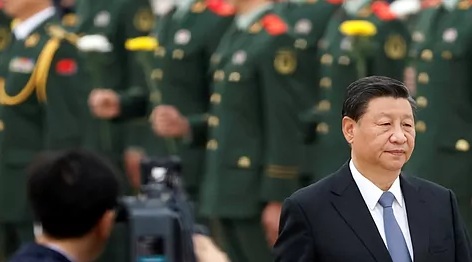 But this time it was the biggest foray made by Beijing to date. Taiwan's Defense Ministry has detailed that 28 J-16 fighters, four Su-30s, four military-capable H-6 bombers and two anti-submarine jets carried out two waves of sorties on Friday. "China has been mindlessly involved in military aggression, damaging regional peace," Taiwanese Prime Minister Su Tseng-chang said on Saturday.

The previous incursion occurred less than a month ago, on September 5, with 19 Chinese aircraft. The last large-scale was in early summer, when 28 Chinese air force planes flew over the area on June 15, a day after NATO and G7 leaders warned of China's military challenge.

Two months before that incident, Taiwan reported another incursion by 25 Chinese planes. Hours later, an American delegation landed on the island. The mission was not labeled as an official trip. It was a symbolic gesture by Washington that angered Beijing. Last year, according to figures from the Taiwan Foreign Ministry, 2,900 Chinese military aircraft entered our Taiwan Air Defense Identification Zone.

On July 1, wearing a gray suit Mao, Chinese President Xi Jinping, sitting in a box in the south of the walls of the Forbidden City, atop a portrait giant of the founder of the People 's Republic of China, is recalled Taiwan in his speech during the Chinese Communist Party's centennial celebration. Xi vowed to complete "reunification" with self-ruled Taiwan and vowed to "crush" any attempts at formal independence on the island.

China's most powerful leader since Mao Zedong, qualified by calling for a "peaceful reunification" process. Although he did not hide that his country could use force to achieve its purpose. His sentence was clear: "No one should underestimate the strong determination, the firm will and the formidable ability of the Chinese people to defend national sovereignty and territorial integrity."