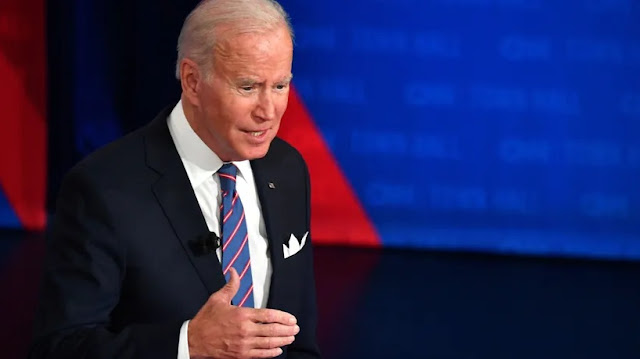 US President Joe Biden has been surprisingly clear about the Taiwan conflict: If China were to attack the island, the US would intervene militarily.

US President Joe Biden has assured Taiwan military support should China attack the island. "Yes, we are obliged to," Biden replied on CNN on Thursday when asked whether the US military would defend Taiwan against China. The US is not looking for a conflict with China, but China must understand "that we will not take a step back, that we will not change our positions," said Biden.

The Taiwanese government welcomed the commitment. "Since Biden took office, the US government has consistently demonstrated its solid support for Taiwan through practical steps ," a presidential spokesman said Friday. Taiwan is committed to its self-defense and wants to work with like-minded countries to contribute to peace and stability in the Indo-Pacific region and the Taiwan Strait. 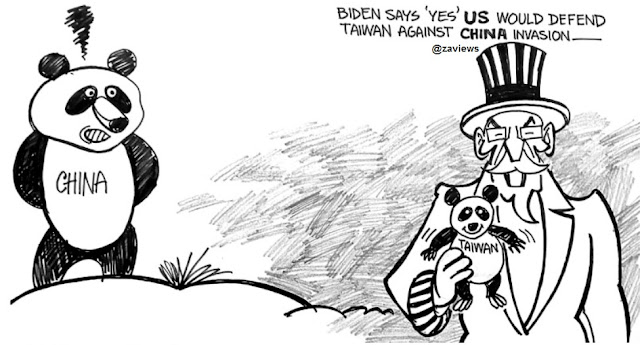 The tensions between China and Taiwan are increasing for years. The Chinese communist leadership regards Taiwan, which split off from China in 1949, as a breakaway province that is to be reunited with the mainland - if necessary with military force. China's President Xi Jinping recently repeatedly affirmed China's claim to reunification with Taiwan.

In the past few months there had been repeated incidents in which Chinese fighter jets entered Taiwanese airspace. In the days around the Chinese national holiday on October 1 alone, there were 150 such combat flight missions.

The Taiwan issue could spark an armed conflict

China and the US are at odds on many issues. However, the Taiwan issue is considered to be the point of contention most likely to spark an armed confrontation between the world's two largest economies. The US government has legally committed itself to providing Taiwan with means of self-defense - which so far has mainly meant arms deliveries. However, the US has long pursued a policy of "strategic ambiguity" and usually deliberately leaves the question of whether it would protect Taiwan in the event of an attack open.

Read more: President Tsai Ing-Wen Does Not Want To Bow To Pressure From China

The topic now came up in a so-called townhall conversation that the broadcaster CNN had organized in the city of Baltimore in the US state of Maryland. When a citizen asked about Taiwan, CNN host Anderson Cooper asked Biden, referring to China, "Are you saying that the United States would defend Taiwan if it tried to attack?" Biden replied in the affirmative.

Such a military declaration of support by the USA has so far been reserved for its close allies Japan and South Korea, where the US armed forces also have a significant military presence.