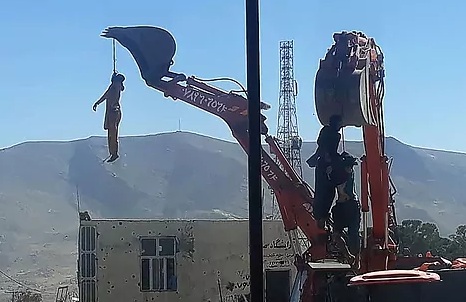 It is not that Afghanistan did not have the death penalty under the previous government. Only, now that the Taliban have returned to power, the executions are returning to public squares and with the same brutality with which they horrified the world more than two decades ago. Between acting restrained so as not to scare off those who move timidly behind the scenes to recognize them, and shamelessly terrorizing their own to set an example and remind Afghans who is in charge now, the Taliban are clearly choosing both.

In Herat, until recently one of the most liberal cities in the country, the executioners found no better scaffold than a bulldozer. The bodies of three alleged assailants who, according to the Deputy Government Delegate Mawlawi Shir Ahmad Muhajir, had tried to penetrate the property of an individual, in the Obe district. They couldn't even complete their theft. This was express justice.

The lesson was, in fact, more for the curious than for the alleged criminals, who could not know their sentence: when they were hanged they were already dead. They had been shot down by the owner of the farm, in a new taste of how Afghanistan is fast becoming the Wild West. The only difference, if anything, is that here the rustler is the authority. Whoever imposes the greatest brutality rubs shoulders with the international community that allowed them to take control of the country. 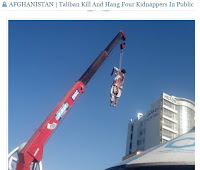 It is not important to the world that girls are still unable to go to school from secondary school. He looks elsewhere and is really juggling to believe Taliban promises, from just a few days ago, like the one that claimed that they would use persuasion rather than harshness when committing crimes. One of his own, Mullah Noruddin Turabi , the new prison officer, calmly explained the new Afghan normal to the AP agency: amputations for stealing, he said "are necessary for security."