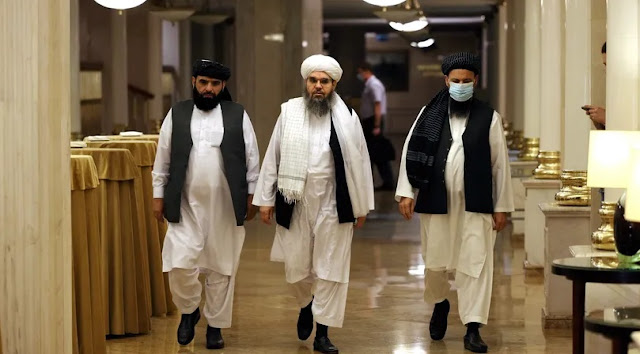 According to Russian news agencies, Russia will invite the radical Islamic Taliban ruling in Afghanistan to an international conference in Moscow. Taliban representatives are to take part in talks on the future of the country in Moscow on October 20, to which representatives from China, Iran, Pakistan and India have also been invited, said the Russian envoy to Afghanistan, Samir Kabulov.

The Taliban regained power in Afghanistan in mid-August after most of the international armed forces had withdrawn from the country.

Russian President Vladimir Putin spoke out in favor of constructive cooperation with the Taliban in mid-September. "The Taliban control virtually the entire national territory of Afghanistan," Putin said at a summit meeting of the Shanghai Cooperation Organization (SCO). Now it is a matter of getting them to "keep their promises". The Russian head of state included "peace, normalization of public life and security for all ".

China had welcomed the Taliban's formation of the interim government in Kabul in early September and had previously declared its intention to maintain friendly relations with the Islamists. According to experts, a stable and cooperative government in Kabul would allow China further economic prospects and the expansion of its New Silk Road project.

The states of the European Union had given the Taliban some conditions for cooperation and further aid payments. This included respect for the rights of women and girls and free travel for European and Afghan citizens. Afghanistan's economy is largely dependent on foreign aid.