France Ex-President Nicolas Sarkozy Sentenced To One Year In Prison 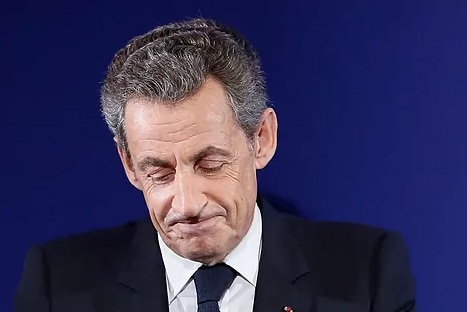 Former French President Nicolas Sarkozy  has been sentenced to one year in prison for illegal campaign funding. The Paris court ruled that the sentence would take the form of electronically monitored house arrest. The allegations go back to the 2012 presidential election campaign. "As a candidate, he failed to control costs," said the presiding judge in Paris.

Sarkozy stayed away from the verdict. According to his lawyer Thierry Herzog, he wants to appeal and contest the decision. The public prosecutor has asked for a year in prison, including six months on probation. Sarkozy's lawyers pleaded for acquittal for the Conservative who ruled the Élysée Palace from 2007 to 2012. 13 other defendants were found guilty with him.

Read also: France Is Calling Back Ambassadors From The USA And Australia

Prosecutors argued that 66-year-old Sarkozy knew weeks before the 2012 election that campaign funding was approaching the cap. He ignored two warnings from his financial advisors.

In France, spending on the election campaign is capped in order to create more equality of opportunity between candidates. The upper limit allowed at that time was 22.5 million euros.

Sarkozy's election campaign is said to have cost more than 40 million euros in 2012, almost twice as much as allowed. According to the investigators, this was concealed by false invoices from the event company Bygmalion. Sarkozy had denied the allegations and stated that Bygmalion had enriched himself from his election campaign.

In addition to Sarkozy, 13 people were on trial on suspicion of fraud and aiding and abetting. Jérôme Lavrilleux, who was once the vice-election director, is one of them. Sarkozy had personally denied the allegations in court, stating that the election campaign had not gone too far financially. The Conservative lost to his socialist challenger François Hollande in 2012.

The French judiciary is also investigating Sarkozy for alleged payments by Libya for his 2007 election campaign. In another affair, Sarkozy was sentenced to three years in prison in March, two of which were suspended, for bribery and illicit influence. He has announced that he will appeal.