Afghanistan | US Secretary Of Defense Admits Errors In Evacuation Mission 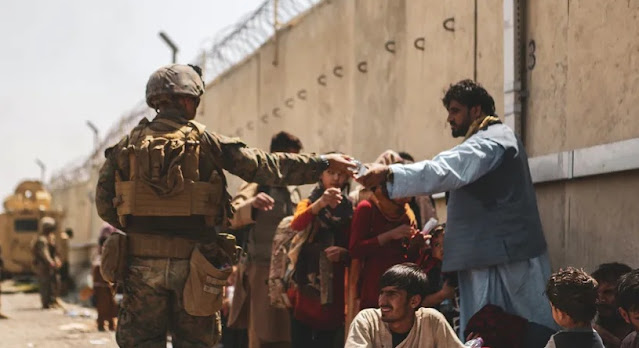 US Secretary of Defense Lloyd Austin defended the withdrawal of the US military from Afghanistan at the end of August - but also admitted errors in the evacuation mission. "The Taliban had made it clear that their cooperation would end on September 1st," Austin said at a hearing in the US Senate. The first two days of the military evacuation mission in particular were difficult. However, the situation was brought under control within 48 hours. "Was it perfect?  No, of course not," Austin said.

The military evacuation mission ended at the end of August with the withdrawal of the last US soldiers from Kabul. In the middle of the rescue operation, numerous people were killed in a suicide attack in front of Kabul airport, including many locals as well as 13 US soldiers. The IS, hostile to the Taliban, claimed the attack for itself. The Taliban took power in Kabul in mid-August.

Austin recalled the US military's drone attack in late August that killed ten civilians. "The circumstances in August were far from ideal: extreme heat, a country without a government, a highly dynamic situation on the ground and a deadly terrorist threat," said the minister. Work is still going on to get Americans and Afghan local workers out of the country. An extension of the original mission beyond the end of August was not an option.

The senior Republican member of the Senate Armed Forces Committee, Jim Inhofe, criticized the withdrawal. The chaotic situation in August was avoidable - now you have to negotiate with terrorists. US President Joe Biden also left Americans behind with the withdrawal.

McKenzie: "I recommended that we leave 2,500 soldiers in Afghanistan"

US Chief of Staff Mark Milley said at the Senate hearing: "The outcome is a strategic failure, the enemy is in power in Kabul, there is no other way to describe it." The failure was ultimately the result of decisions made over 20 years. "It's clear, it's obvious that the war in Afghanistan didn't end the way we wanted it to," Milley said. When asked by a senator whether the chaotic troop withdrawal from Afghanistan damaged US credibility, Milley said, "I think 'damage' is a word that could be used, yes."

Milley said he was in the Hindu Kush for an ongoing military presence of 2,500 US soldiers. The head of the US Armed Forces Central Command, General Kenneth McKenzie, also said: "I recommended that we leave 2,500 soldiers in Afghanistan."

Biden, however, ordered a full troop withdrawal. Among other things, he argued that the longest war in US history, at 20 years old, must finally end. In April, the US president ordered a complete withdrawal from Afghanistan by September 11, the 20th anniversary of the terrorist attacks that resulted in the US invading the country. The deadline was later brought forward to the end of August.